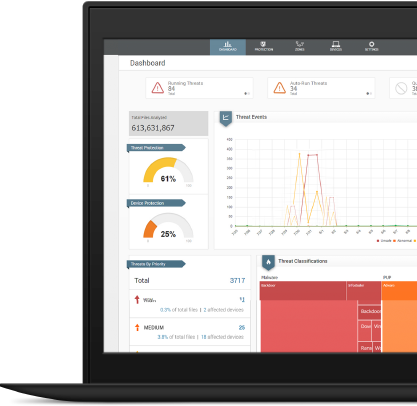 PREVENT
Proactively prevent malware execution and exploits to secure the most vulnerable aspect of your network – the endpoint.

Power of Prevention
Protechhelp is 100% predictive and prevents cyberattacks from being successful by providing a proactive security posture with higher efficacy than traditional antivirus. Don’t rely on detect and respond – get the power of prevention.